The North Country Cheviot is a native of  Scotland.  In the mid-18th Century the sheep grazing the Cheviot Hills on the Border with England were called the Long Hill Sheep, the Short or Linton sheep being the present-day Scottish Blackface.

Apart from the occasional outcross with Merinos from the European Continent, they had remained more or less of a similar type for centuries.  A well known farmer, James Robson of Kelso, improved the Breed very considerably by using rams from Lincolnshire around 1760.  It is thought that Leicester blood was also introduced before 1800.   In 1792 Sir John Sinclair brought 500 of these Cheviots (pronounced Chee-viots) to his estate in Caithness.  By this time the crossing had largely stopped.

Large numbers of sheep were driven north to the vast tracts of hill land depopulated after the Highland Clearances.  The sheep thrived, and due to the high price of wool, some Merino blood was introduced.  A side effect of the Merino cross is that the ears of North Country Cheviot are carried much lower than those of the South Country or Border Cheviot sheep.

Today there are three distinct types of North Country Cheviot:

the more fertile, productive ground of Caithness has produced a bigger and heavier sheep, the Caithness Type

the re-infusion of these bloodlines back to the Borders between the World Wars has resulted in a third strain, known as the Border Type.

In the 1970s, 3000 North Country Cheviots were exported to Nova Scotia. The sheep here at Littledale are the progeny of those sheep.

The North Country Cheviot is at home in virtually all grazing situations. It is very hardy and thrives well on pasture.

In 1998 and 1999 we used imported semen from Scotland to improve the genetics of our North Country Cheviot flock. The semen came from the Longoe flock in Caithness, owned by HM The Queen Mother Trust and from Tommy Dun's Brotherstone flock.  We have had excellent results and again used the imported semen on grand daughters in the fall of 2005 to further fix the Scottish genetics in our flock. 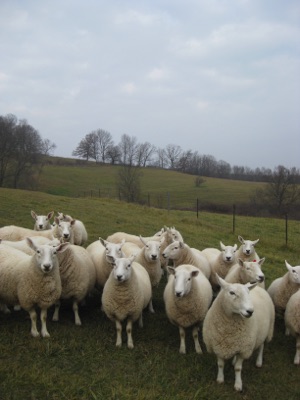 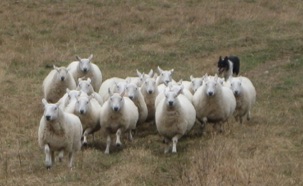